Thinking back to our earliest adventures traveling around the world, when it came to moving from point A to point B within cities we mostly relied on wildly inconsistent taxi services. We remember having to negotiate rates, argue over whether or not we were supposed to tip, and in one specific instance fend off a potential robbery.

But with ride sharing becoming the norm in hundreds of major metros around the world, it has become a lot easier to get a reliable ride while traveling. Because of the ubiquitous nature of these ride sharing services, we wanted to see how much variance there was in the cost of Uber rides in different cities around the world to compare each location’s cost on a similar scale. The difference in price was pretty wild, with the most expensive being around $40 for a six mile ride, while in another city that same distance only costing about $1.50.

Below you will see the map of the 24 cities we selected for this data project, showing the average cost of a 6.2 mile / 10km Uber ride: 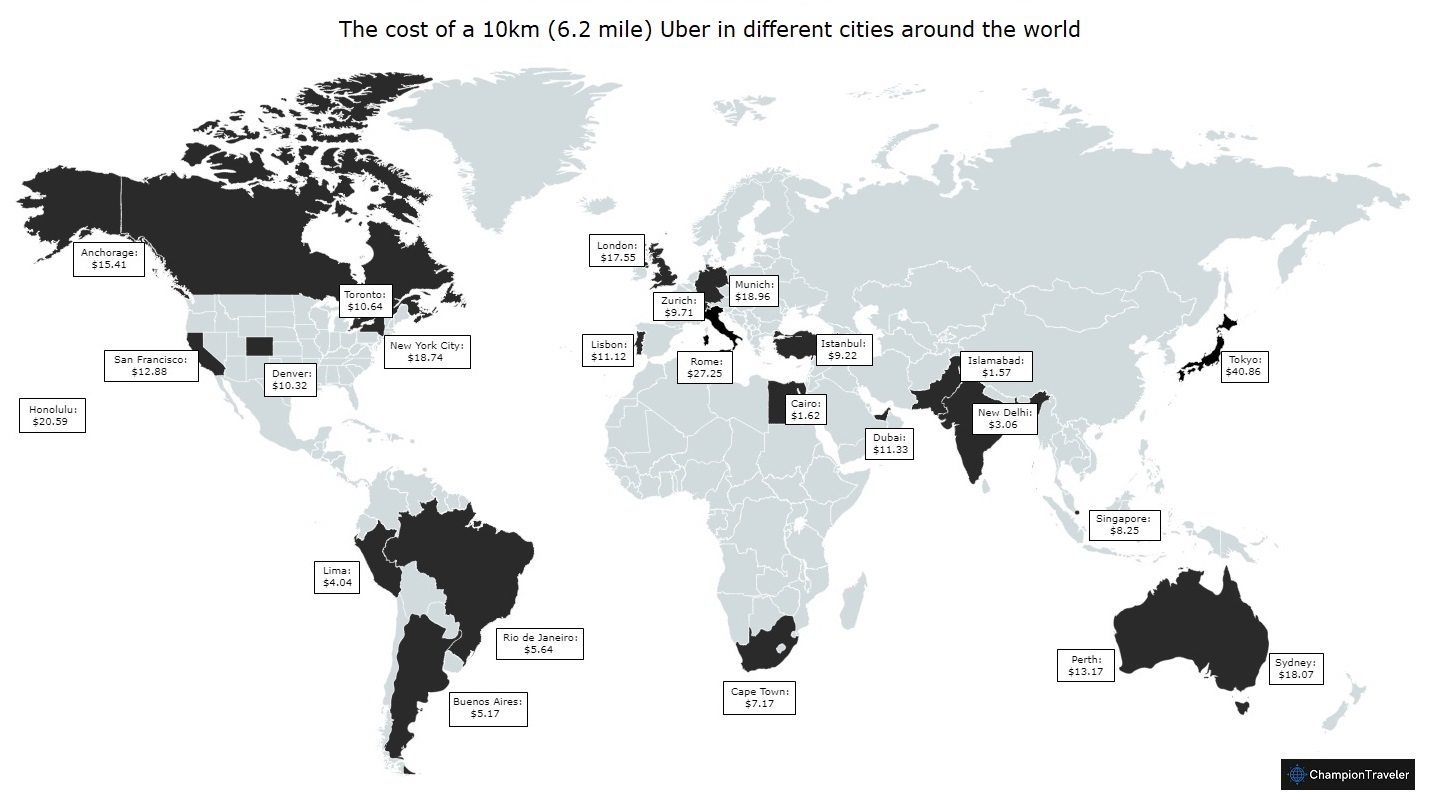 Here is the breakdown by city in table format: